For over sixty-years, Crawford Broadcasting Company has been one of the nation’s leaders in directing and impacting Christians and Conservative audiences through the wonderful service known as radio.  Our broadcasts, or “Wordcasts” on most of our stations, continuously disseminates God’s authoritative message while also aggressively providing essential information about our staunch conservative beliefs and causes. We have been wonderfully blessed to do so for well over half of a century. Founded by Percy B. Crawford in the late 50s, Don Crawford Sr. currently owns and operates 22 radio stations, including 9 FM and 13 AM in ten different major markets.  In addition, it connects with hundreds of thousands of people every day, not just through its powerful stations but via other digital media platforms, including informative websites, streaming, podcasting, and social media.

To continue as one of the country’s premier radio pioneers, sharing vital Christian and Conservative programming with Americans; in addition to being the most accountable platform for business and ministry growth and promotion via our Radio Stations and other Crawford Media. 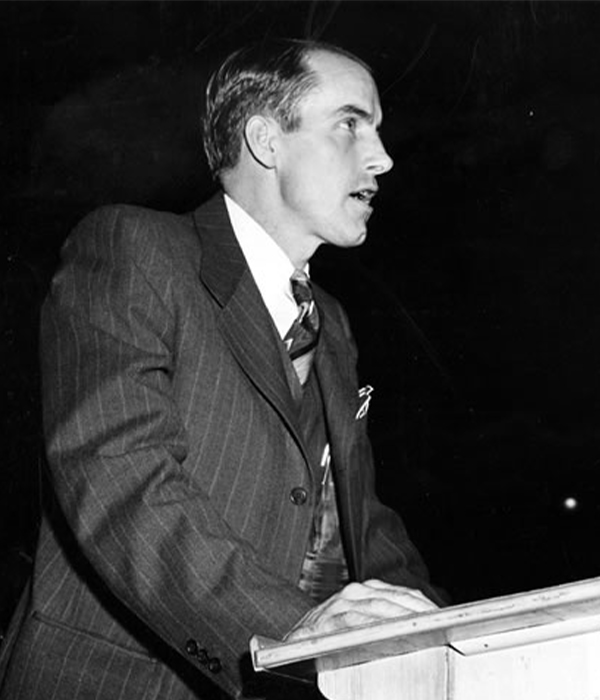 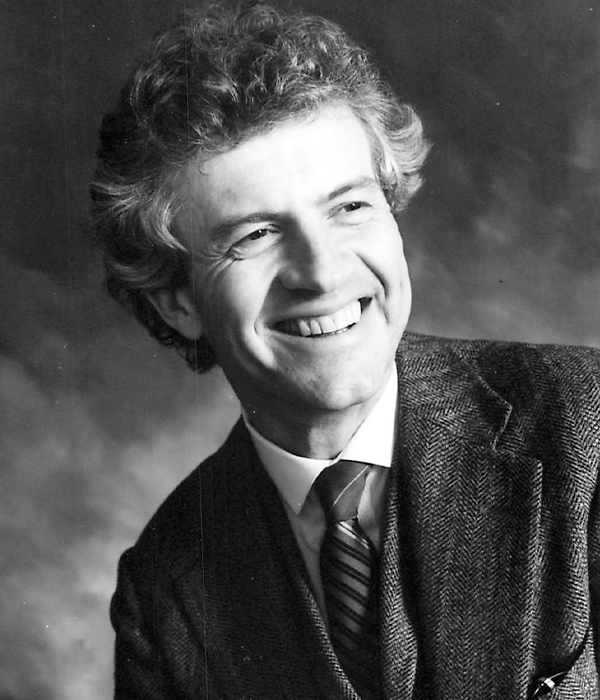 Percy B. Crawford was born on October 20th, 1902, in Manitoba, Canada.  The youngest of three boys, he was raised in Vancouver, British Columbia, but at an early age, he immigrated to the USA and finished his high school education at the YMCA school in Portland, Oregon.  While preparing to enter UCLA in the Fall of 1923, he attended a Sunday morning service at Reuben A. Torrey’s Church of the Open Door, and on September 23rd, 1923, he was converted under the preaching of itinerant evangelist Willie Nicholson.  He determined thereafter to devote his entire life to the service of our Lord, Jesus Christ.

He was educated at the Bible Institute of Los Angeles (BIOLA), during which time he identified his gift for evangelism.  He offered himself unstintingly to the service of his Lord stating:

“I’ll give you every drop of blood I have.”

– Went onto Westminster Theological Seminary in Philadelphia in 1930, where he met, married and made his broadcasting partner for life his wife, Ruth Duvall, and together their ministry began.

– In 1931, started the radio program, The Young People’s Church of the Air, eventually heard on over 400 radio stations on the Mutual Radio Network.

– Started the Pinebrook Bible Conference in 1933

– Founded the Christian Liberal Arts school, The King’s College, in 1936, in Belmar, New Jersey; now located in the Empire State Building in Manhattan.

–  Started the television program, Youth on the March, on the ABC television network in the early 1950s.

In 1958, a frustrated Percy Crawford saw the ever-increasing difficulty of acquiring broadcast time on local radio and national television outlets.  So, he simply decided to buy his own radio stations, acquiring six of them, located in Miami, Des Moines, Portland, Chicago, Lancaster and Detroit; another in Buffalo, New York, was added shortly thereafter.

Dr. Crawford passed away in 1960 just after purchasing his first television station, Channel 17 in Philadelphia.

Donald B. Crawford Sr., the oldest son of Dr. Percy Crawford, took over the company in 1961 and with strategic acquisitions over the years grew the company into what it is today, including purchasing the mammoth Christian blowtorch, KBRT(AM) in Los Angeles. For several years the company was powered by six major stations that comprised the core of Crawford Broadcasting.

The mission of Crawford continues with strong vision, thanks to the current leadership of Percy’s grandson and company Regional Manager, Don Crawford Jr., along side the other stalwart Regional Managers, Frank Franciosi, Mike Triem, and Brett Larson.

Amazingly blessed to own and operate 9 FM and 13 AM radio stations in 10 different markets, Crawford continues to build on its rich spiritual heritage, incessantly honoring and protecting God and Country, while also soundly adapting to new, magnificent digital media innovation so to better and faster connect to and with our beloved faithful listeners.